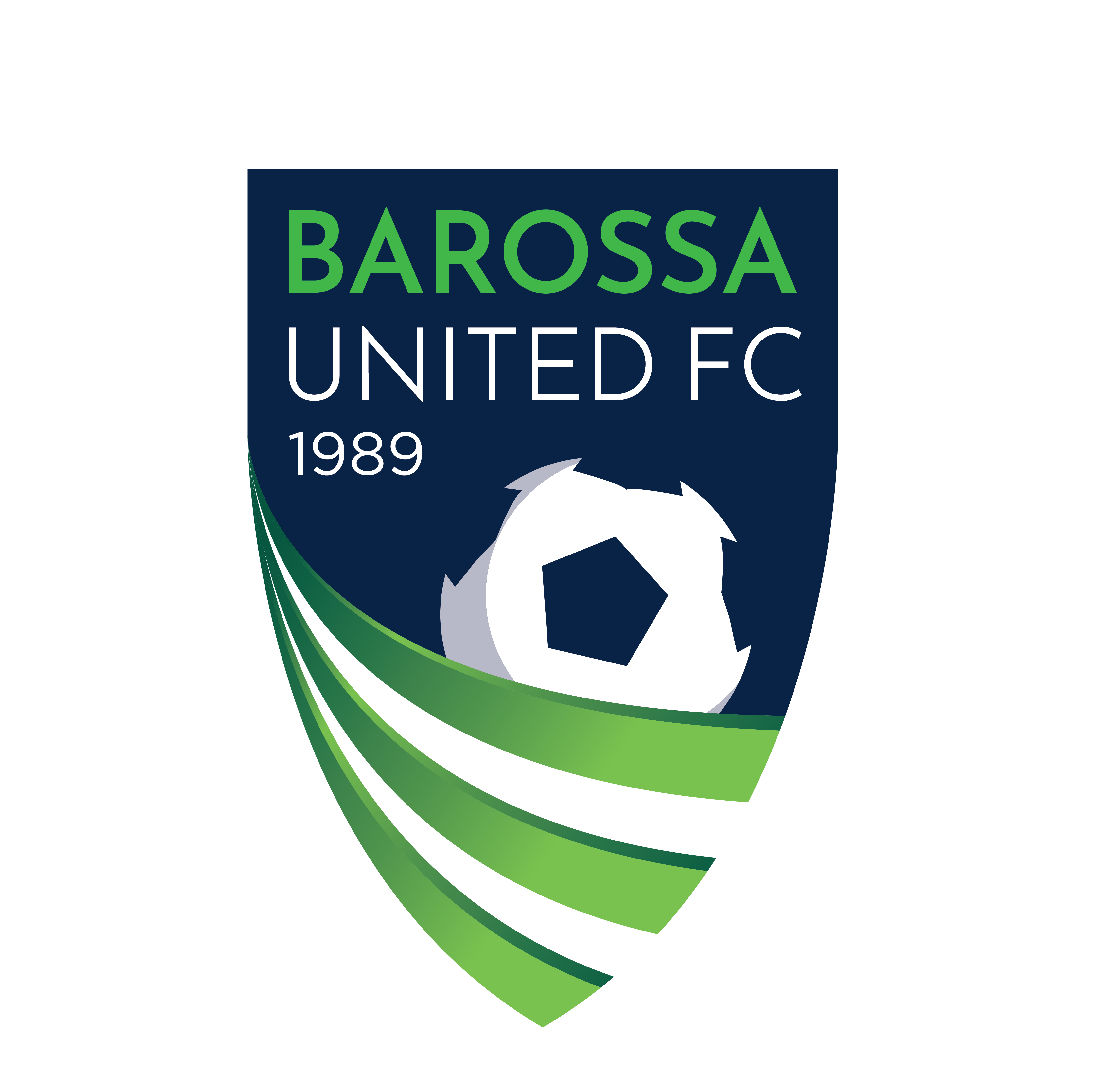 
In 1989 Rory Champion, Siggy Pihodnya and Julie Andersen got together and decided that it was time that they did something to start soccer for kids in the Barossa region. They started a team up that played only “friendly” uncompetitive games for their first season. The club was named the Greenock Town Junior Soccer Club and the team was called the Barossa Hotspurs. It was an Under 10 team with players ranging down to 5 year olds. Their games were against Adelaide Hills Association teams.

In 1990 they played competitive soccer in the Adelaide Hills Association. The first coach was Jeff Taylor, who had experience in English soccer and who was a Physical Education teacher at Nuriootpa High School. Their home ground was at Greenock Recreation Park where an adult team was already based.

By 1992 there were four teams with a total of 50 players. Club colours were then red, white and black. The team emblem was “Angry Chicks”. The Under 11's team took out the league premiership this year.

At the end of the 1994 season the Club became an incorporated body and changed to being a member of the Elizabeth and Districts Junior Soccer Association. Reasons included less travel and a perceived stronger competition. In 1995 the club changed its name to Greenock Barossa United Junior Soccer Club. Club colours changed to green, burgundy and black. The Under13 team took out the Div2 Premiership.

In 1996 the name was changed to Barossa United Junior Soccer Club. There were six teams including a development squad. The club also moved to new grounds due to Greenock Oval being deemed as overworked with Greenock Town seniors also playing there. They moved to the back “cricket” oval at Nuriootpa Centennial Park and due to poor drainage also set up a pitch at Nuriootpa High School. As there was no buildings at the oval the club purchased an old Highways Department caravan which they set up as a canteen. The main fundraiser was operating the canteen during the Barossa Hot Air Balloon Regatta.

By 1997 there were 120 players and the club was looking again for a new pitch due to the ongoing drainage issues and clashes with other sporting clubs wanting to use the grounds. Efforts began to set up a new pitch by the neighbouring existing Scouts Hall area and a “modified” pitch nearby. In 1998 the club worked with the Nuriootpa Centennial Park Committee, the Lions Club, the Nuriootpa Cricket Club and the Scouts to finance and build a shared “shed” with many volunteer hours involved. The soccer club would use their portion of the shed for clubrooms and storage. In 1999 the new pitch and clubrooms were in full use.

The club has continued to grow with 15 mixed Junior Teams, 1 women’s senior team and two senior men's teams playing the 2018 season. Players come from surrounding areas as far as Owen, Marrabel, Riverton and Eden Valley. Barossa United prides itself on its hospitality to travelling teams, supporters and referees. It also has a culture and reputation for a high level of sportsmanship always achieving highly in the Referees Association Club Award, the Dennis Moore Trophy, basing this success on active parent involvement and a family atmosphere.


Life membership is an honour bestowed on individual Barossa United Junior Soccer Club Members who’s exceptional, loyal and outstanding service and contribution has provided measurable benefit to the Club over an extended period of time. Honorary Life Membership is the highest recognition that can be awarded onto a member in acknowledgement of their exceptional service and contribution.